I find television commercials annoying – and not just because they’re ten times louder than the show I’m watching although that doesn’t help. I get annoyed by the subtle and not-so-subtle messages they cram down our throats. Yes, I know it is the job of a marketing department to make their product or service the first one that comes to our mind. However, I’m a bit contrary so odds are that the more you try to cram your message down my throat, the less receptive I will be.

Years ago Toyota bombarded the airwaves to convince us that the Camry was the car that everyone must have. All it did was convince me that I wouldn’t own a Camry if you gave it to me. Do I hate Toyota? No. Toyota makes good vehicles and we own two: a Highlander and a Tacoma, both well into their teens. Even though Toyota no longer beats us over the head with the message to buy a Camry, I still wouldn’t have one. I have a long memory.

A wine company had commercials a few months ago that I never did figure out. Were they trying to convince me that drinking their wine would make me ultra-skinny and in demand at ultra-posh parties or was it only available to ultra-skinny people at ultra-posh parties? Hmmm. Their newer commercials have toned down the posh party vibe but apparently it’s still only skinny people that drink it. You’d think in an age of growing body positivity that their marketing department might be aware that their ads should be a bit more inclusive but, apparently not.

Toothpaste commercials are the bane of my existence. If I see one more commercial featuring someone with blindingly white teeth bemoaning how yellow their teeth are, I may throw things. But, as a society, we’ve bought into this. Everybody and their brother – including me – has done some sort of tooth whitening process. I paid for a professional whitening which, while it did lighten my teeth it did NOT whiten them. Oh, and it also made my teeth ridiculously sensitive. Fun times. I guess these commercials bother me the most because I don’t have white teeth and no amount of bleaching, etc. is going to change that. Genetics are stronger than toothpaste and bleach. The only way I will ever have unnaturally white teeth is if I invest in implants or veneers, both of which involve levels of pain and money that do not interest me. So, even though my smile may not require you to don sunglasses in order to gaze upon it, it is genuine. And I resent the implication of some commercials that, just because my teeth aren’t white, I should be deleting photos of myself smiling. And any so-called friend who hands me a tissue and suggests that I take the tissue test… Let’s just say that won’t go well. 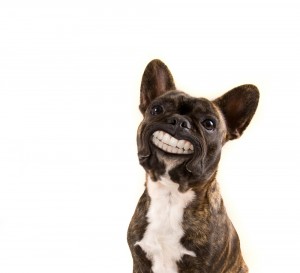 Okay, maybe things haven’t quite gotten this bad. Yet.

In order to convince us to buy their razors, companies show us women with no leg hair pretending to shave their legs. Pffffft. Any razor can do that. Want to impress me? Show me a real woman with hairy legs using your product. The only company I know of that has done this is Billie - and because of it, I will try Billie razors once my supply of non-Billie razors runs out. In a similar vein, if you want to show me how well your wrinkle cream works, demonstrate it on a woman fifty or older, not a twenty-something with nary a wrinkle in sight.

But, now that the holiday season is upon us, the worst of the worst commercials are too. This is the time of year we are bombarded with commercials telling us we need to spend more than we make in a year to make our loved ones happy. I especially feel for men. They are the ones being hit with all of the commercials telling them how expensive jewelry is the only way to their significant other’s heart. Don’t fall for it guys! I’m sure it’s true in some cases but probably not most. And the car commercials. Don’t get me started on the car commercials. If my husband were to present me with a new car on Christmas morning, he would not get the reaction the men in the commercials do. Not only would I be furious but, giving me a “gift” that would put our family in debt for several years would probably require marriage counseling.

Oh! There’s one more. “In need of stocking stuffers? Try Listerine Ready Tabs.” Now, I love Christmas and the stockings are one of my favorite parts. I can honestly say that I have never been so desperate for stocking stuffers that I would even consider mouthwash. No one is going to take it kindly if they find mouthwash in their stocking. (“Gee, honey. You could have just told me I have bad breath. You didn’t have to put Listerine in my stocking.”) I don’t know who on the marketing team thought this was a good idea or how they were able to convince everyone else. I wonder if Peloton and Listerine use the same marketing firm?

Thanks for listening while I ranted. Now, it’s your turn. Which commercials push your buttons and why?