It’s official. I am done with movie theaters.

In a world where almost every movie is available via streaming within a few months of its release (if not weeks) you would think theaters would be changing their business model in order to survive in the new landscape, but no. Instead, they seem to be doubling down on their existing model and in my opinion its not working. My dissatisfaction began a few years ago when theaters decided to do away with the ticket window, forcing everyone to stand in line at the concession stand in order to buy tickets. True, most theaters have an electronic kiosk where tickets can be purchased – if you can find it hidden in the darkest corner behind a potted plant. After all, if you buy your ticket from the kiosk you won’t be buying any over-priced movie theater snacks. However, I’m not going to buying any of those snacks any way. My biggest problem with being forced to wait in the concession line is that patience is not one of my virtues. I’m amazed by the number of people who act like they’ve never seen movie theater snacks before. Seriously people, they’ve been the same as long as I can remember. 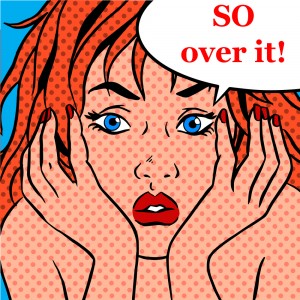 However, the final straw was the implementation of assigned seating. Are you fricking kidding me? Adults and teens have been successfully choosing their own movie theater seats forever. The first time I ran into this was when we were out of state for New Year’s. We made the mistake of deciding to go to the theater to see The Rise of Skywalker. Once we finally got to the counter to purchase our ticket they asked us to pick seats. Excuse me? We made our selection and went into the theater where of course, others were in our seats. This turned into a confrontation with a jerk. I wasn’t willing to deal with all of this completely unnecessary crap so we left – and got our money back. The manager indicated that this wasn’t the first such situation. Why assigned seating? I don’t understand at all. Theaters are rarely full, so what gives? I told my husband that I was done with theaters but that I would give it one more try when we got home but that if they implement the assigned seating bit, that was it.

Once we got home we went to the local theater where, of course, they have implemented assigned seating. Give me a break! And, prices had increased – our cost for two matinee tickets was over $20. Nope. That’s it. I’m done. I can stream several movies for that price. I’m not sure what the answer is but increased prices and assigned seating isn’t it. I absolutely refuse to set foot in a movie theater for anything less than something of the magnitude of Avengers: End Game – and even something of that nature is highly doubtful.

What about you? Do you still go to the theater or just stream movies from the comfort of your home?