I usually end my post with a question but this time I’m starting with one: Do you wake up with music playing in your head? My husband and I both do. He coined the phrase “morning music radio” to describe that music. He frequently gives me an update such as “Today, Rick Astley is featured on morning music radio. My brain hates me.” (What’s wrong with Rick Astley? Obviously my hubby just doesn’t appreciate good music, LOL.) 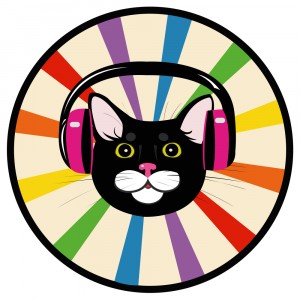 For me, the music playing in my head is usually something in the background, sort of a “white noise”. I may find myself humming along at times but most of the day, I’m not really aware of it. Every now and then though, something will move to the forefront of my mind where it can become downright obnoxious. There was the time I had Bruno Mars’ Uptown Funk playing on repeat for several days. Don’t get me wrong. I like Uptown Funk, but enough was enough. I recently spent a few days with Twisted Sister’s We’re Not Gonna Take It playing on repeat. I couldn’t figure out why my brain had pulled this one out of storage but I finally realized it was being used in a commercial which apparently came on often enough to keep the song stuck in my head. Last weekend I woke up with Tammy Wynette’s Stand By Your Man going through my head. I have no idea where my brain got that one from. My hubby was horrified that I hadn’t seen the Blues Brothers version so he was more than happy to pull it up on his phone so I could watch. (No, I’ve never seen the Blues Brothers.)

My hubby says that his brain is “easily programmed” meaning that it doesn’t take much to switch his mental song. I like to play with this by singing something catchy that I know will annoy him. (I’m sweet that way.) What kind of songs do I prefer for this sort of musical sabotage? Toni Basil’s Hey Mickey is always a good choice as is one of my all-time favorite songs, Wham’s Wake Me Up Before You Go Go. (This song is my ringtone.) I’m a gamer; the video game Dragon Age Inquisition (DAI) features a buffalo-type animal called a druffalo. Apparently, I’m easily programmed as well because every time I play DAI I walk around singing “I’m just a druffal0″ to the tune of  Just A Gigolo (the David Lee Roth version of course).

So, now y’all know the truth about me: I’m weird and I’m okay with it.

Feel free to drop more songs that I can use for my musical sabotage missions in the comments!