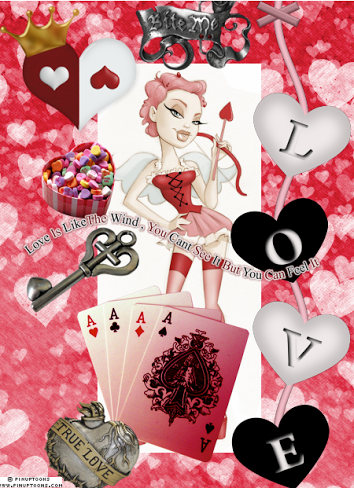 Picture courtesy of J. A. Garland

Although I am a voracious reader, as most authors are, I don’t have book boyfriends; I have video game boyfriends. In an earlier post I revealed the characters responsible for beginning my obsession with virtual men in body armor. I’m using Valentine’s Day as an excuse to reveal the identities of my two favorite virtual men.

When I first began playing video games, I played first-person shooters, such as the Halo saga, and thoroughly enjoyed them. Then I discovered role-playing video games, known as RPGs. Oh. My. Gosh. I was hooked. RPGs are basically interactive stories; they contain rich, complex story lines, and well-developed characters that you can build relationships with. But, that’s not all – you can even romance them. Yes, you read that right. Virtual sex is alive and well in the realm of M-rated video games.

I love both sci-fi and fantasy, so it is only natural that my two favorite men comes from games in those genres. I also like my virtual men to be cocky and self-assured; once again, my favorites have both attributes in spades. Now, without further ado…

Accepting the award for Second Favorite Virtual Man is Zevran Arainai, elven assassin from the fantasy RPG, Dragon Age: Origins. (I’m sure that Zev would be crushed to know that he came in second.) You first meet Zevran when he tries to kill you – after all, he is an assassin; at that point you can ask him to join your party or you can kill him and finish the game without him. How anyone can bring themselves to kill the man who offers to “warm your bed” during the course of your first conversation, I’ll never know. I can’t imagine the game without him! Zevran is a complete smart-ass and loves to irritate the other characters – when he isn’t flirting with them. My husband avoids Zev like the plague when he plays; he doesn’t like being hit on every time they talk. (Yes, Zev is bisexual.) In my opinion, Zev has the best lines in the game; there is a whole conversation revolving around bosoms that is absolutely hysterical.  Simply put, Zev just makes me happy – and keeps me giggling throughout the game. 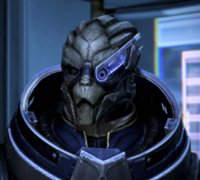 But my absolute favorite virtual man, the one that makes my little heart go pitty-pat and that I have a total and complete school-girl crush on is Garrus Vakarian from the sci-fi RPG trilogy, Mass Effect. Garrus is an alien, a Turian to be exact. Although you meet Garrus in the first Mass Effect game, he doesn’t become romance-able until the second one. In my opinion, he is well worth the wait. In fact, I dumped the guy that I romanced in the first game for Garrus and never looked back. (I know. I’m a heart-breaker.) What is it about Garrus that I find so appealing? Well, he looks cool, he has the best personality of any of the characters in the game and he has an absolutely toe-curling voice. (I’m a very aural person. Voices are a Really Big Deal to me.) I also love the way that once the romance starts, Garrus lets his guard down and becomes both adorably awkward and the king of bad metaphors. *sigh* Oh, and if you are wondering about sex with an alien, although the games leave the details to the imagination, those of us that write fan fiction are more than happy to fill in the blanks.

As a matter of fact, I have my love of Garrus and the world of fan fiction to thank for becoming a writer. I fell in love with creative writing in high-school, but allowed my perfectionism and fear (what if I suck, what if I can’t come up with any stories, what if…) to get in the way. I honestly didn’t know that fan fiction existed until I stumbled across it while researching Mass Effect 2. I read a few stories and thought “I can do that” – and I did. The positive feedback that I received gave me the courage to pursue writing original works.

So to Bioware, the creators of both Dragon Age and Mass Effect, I say “Thank you!” from the bottom of my heart. If it weren’t for the wonderful worlds and characters that you created, I might never have discovered my passion. Oh, and if you are ever looking for someone to help write your stories and the dialogue for future awesome characters – I’m your girl!

Congratulations to JeanMP, winner of the Romance Ring Candle from Diamond Candles! The blend of pina colada and sultry black raspberry with hints of plum and vanilla beans are perfect for your next romantic evening with that certain someone special. Also, every Diamond Candle contains a ring valued between $10 and $5000! If your ring is marked with a 14k symbol inside the band, you should take it to a jeweler for a verbal appraisal.

Even though the contest is over, you can still go to the Blog Hop’s Homepage and check out the other authors that participated in the hop and maybe find a new favorite author along the way! Have fun!