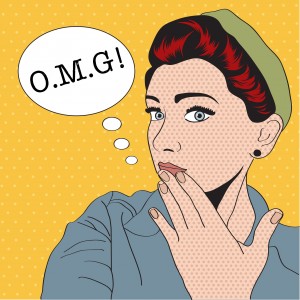 If you have followed my blog for any length of time, you know I’m a gamer. My favorite games are role-playing games, or RPGs. An RPG is like an interactive story in which you get to talk to the other characters, develop relationships with them, and yes, even romance them. My favorite games are made by Bioware. Per their website, Bioware’s mission is to “create, deliver and evolve the most emotionally engaging games in the world.” In this gamer’s opinion, they deliver in spades. This post looks at how Bioware has evolved the world of virtual romance over the course of their Dragon Age franchise.

In the first installment, Dragon Age Origins, there were four characters that could be romanced: Morrigan (female human) and Alistair (male human) would only participate in heterosexual relationships; Zevran (male elf) and Leliana (female human) were bisexual and able to be romanced by players of either gender. (I adore Zevran; find out where he ranks in my hierarchy of virtual men in body armor here.) While the romances definitely added a certain something to the games, the one area where Bioware fell short was in their depiction of the sex act itself. Let’s just say that there are some things that shouldn’t be virtualized and Bioware’s attempt, while well intended, was awkward at best. Don’t believe me? Check it out here. You have been warned.

The second game in the series named, appropriately enough, Dragon Age II, was rushed to market. The designers took a lot of shortcuts to meet a shortened production schedule and Bioware justifiably caught flak from fans. That said, there are five possible romantic companions, all but one are bisexual. However, Bioware learned from the first entry and did not attempt to actually show virtual sex. Instead, they opted for a fade-to-black cut scene, leaving the details to the imagination of the viewer. (Fan fiction writers such as myself are more than happy to fill in the blanks.) The key cut scene of the romance with Anders, a male human mage, can be seen here. In my opinion, it is a huge improvement.

Dragon Age Inquisition, the final installment in the series released in November 2014. I have to say, this time Bioware got it right. Rather than just make all of the characters bisexual, they actually included LGBT characters. (Dorian, a human male, is gay while Cera, a female elf, is a lesbian. The one transgender character is not a romance option.) In addition to sexuality, some romance options are limited by race. For example, Solas, a male elf mage, will only romance a female elf. I researched the romance options extensively before the release of the game so I knew what to expect. Or so I thought. In spite of my research, there was one more twist that I was completely unaware of until I stumbled across it. I chose to romance Iron Bull, a one-eyed male qunari. There was the requisite cut scene, but the next time I talked to him there was an option that basically said “we need to talk about what happened between us.” This peaked my curiosity. What exactly did happen? Naturally, I chose that option in order to find out. My female qunari’s name is Mahari and the conversation went something like this:

Mahari: We need to talk about what happened between us.

Iron Bull: Oh, that. Sure. What’s on your mind?

Mahari: Nobody has ever done that to me before. I… enjoyed it.

Iron Bull: Of course you did. Ben-Hassrath training, remember? Grew up learning to manipulate people.

(Note: I still didn’t get it. I know, I can be dense sometimes. But, the conversation continued.)

Iron Bull: And I can meet that need. But first, ground rules, just so everyone’s clear. I will never hurt you without your permission. You will always be safe. If you’re ever uncomfortable, if you ever want me to stop, you say “Katoh,” and it’s over. No questions asked.

As for the romance cut scenes, Bioware finally got that right too. Sex isn’t always serious and they have come up with the greatest scene EVER. It gets funnier every time I watch.

Usually, when I finish a new game, I turn right around and play it again as a slightly different character. However, I doubt that will happen this time. Why? Because I have already invested 91 hours in Dragon Age Inquisition and I’m not finished yet. It’s a shame, because based on what I see online, I’m apparently missing a lot by not romancing Solas.

As a storyteller myself, I have the utmost respect for Bioware; they always put the story first, learn from their mistakes and continue to grow and stretch. Ultimately, isn’t that what we all should do?

How do you like your romances? Sweet or spicy? Or somewhere in between?