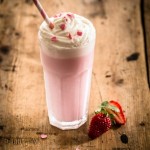 In my last post I mentioned that life has kept me away from blogging for a while. The specific life events involved were the failing health and death of my father. In spite of losing my father – which was hard – I still feel blessed. My father was ninety years old at the time of his death so I had him in my life much longer than many do. (My father-in-law was only in his late sixties when he died.) And, most importantly, my father’s decline was quick – he didn’t linger and he didn’t suffer.

If you have followed me for any length of time, you know that I have tattoos. (See examples HERE and HERE.) When it became obvious that my daddy was not going to bounce back from his decline, I decided that I wanted to get a tattoo to commemorate my parents. My first idea was to get their initials, in their writing, on my foot. However, the more I thought about it, the more I decided that that just wasn’t quite right. Instead, I decided that I wanted some sort of symbol that would represent my parents. Once that decision was made, the rest was easy.

The last several months of my father’s life, a large strawberry milkshake – with whipped cream and a cherry – was a staple of his diet. Perfect! My mother drinks coffee by the gallon, so a cup of coffee was the natural choice to represent her. The next step was to look for examples to give the tattoo artist. But, examples of tattoo milkshakes? Really? Well, Pinterest to the rescue! Believe it or not, when I searched Pinterest for milkshake tattoos, I found exactly what I was looking for.

My father, even at his advanced age, was my mother’s primary caregiver. After his death, my mom moved two states away to live with my oldest sister and her husband. My husband and I had to clean out my parents’ house. The process ripped my heart out. I told my husband more than once that I felt like I was wiping what little was left of my father off the face of the Earth. Most of my daily cleaning sessions ended with me in tears.

I told my husband that, for me, my tattoo was an important part of the healing process. He had the insight to point out that it is also a way for me to keep a part of my father around. He is absolutely right. So, without further ado, here is the finished product: 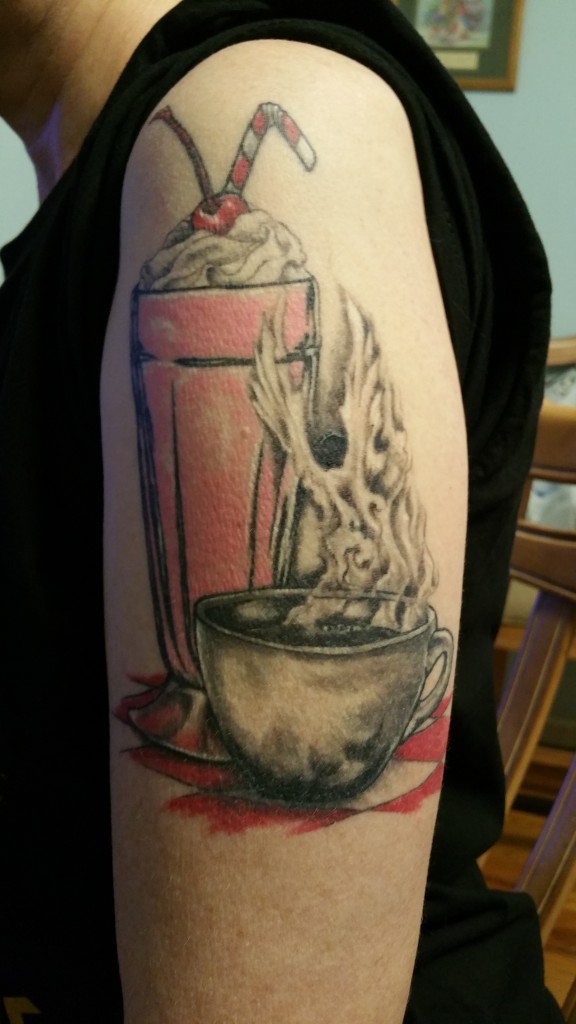 My memorial to my parents. This is about 4.5 hours of work.

I gave the tattoo artist an idea of what I wanted and we worked together on the layout. My hubby tossed out some suggestions as well. (It was his recommendation that resulted in the artist adding the checkered table cloth to the design.) I also gave the artist the freedom to add his own touches. He decided to add the angel wings to the steam from the coffee since the tattoo is a memorial. At the last minute, he also added a very subtle halo to the area between the wings.

I’m not the superstitious type nor do I really believe in portents and signs but, occasionally, something happens and I feel like everything is happening as it should be. I had one of those moments when I went in to have my tattoo finished. The artist told me that the color he was using for the strawberry shake was called Pink Panther. My daddy was a huge fan of the old Pink Panther movies, a fact that the artist had no way of knowing. I think daddy would approve.

Every day, I see my tattoo and it makes me think of my parents and smile – which is a good thing. There have been enough tears for a while. When people ask me about my tattoo (which happens frequently) I get to tell them a story and, for those few minutes, my daddy is with me again.

I miss you, daddy. You are always in my heart, and now, I am wearing my heart on my “sleeve” even more than usual.