My husband and I are able to agree on most things with relative ease. New furniture? No problem. We have the same taste. New paint color? No big deal. He really doesn’t care so he pretty much goes along with what I want, but I know he would weigh in if he had a problem with my choice. However, one of the two areas that gives us problems is our landline. (The other is house-hunting but that’s a topic for another post.)

We still have a landline. Yes, I know. We’re dinosaurs. 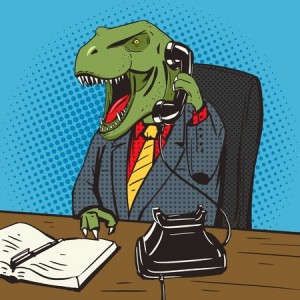 Seriously, you can find anything on the internet. (Image courtesy of www.123rf.com)

Several years ago my husband tried to talk me into getting rid of the landline but I refused. At that time, our elderly parents primarily called us at that number. And, since we had had the same number for years, I really didn’t want to go to the trouble of getting them used to calling our cell phones. However, over time, my mother-in-law began calling my husband on his cell phone and my parents were sort of half and half—sometimes they called our landlines, sometimes our cells. At this point, I decided it would be okay to go ahead and get rid of the landline. My parents would adjust to the change.

I was excited about telling my hubby that he was finally getting his wish—no more landline! (I was also pretty stoked about the monetary savings but that was secondary.) So, I made my announcement and… my husband said “Great! We’ll add another cell phone to our plan, port the landline number over to it, and then cancel the landline.”

Wait. What? Um, no. I put my foot down. “No, we won’t. Adding another line to our cell plan will be more expensive than the landline and do you know how long it will take the “home” cell to disappear? About five minutes.” He swore that it would be fine, we would keep the phone in the kitchen where the landline resides. Yeah, right. Sooner or later, (my money is on sooner) the new cell phone would get misplaced, the battery would die, and we would never find it.

After many rather heated discussions we finally had to agree to disagree. And, we still have a landline. My hubby doesn’t want to get rid of it because he wants to user that number when placing orders online, etc. I understand not wanting to get spam calls on our cells but, to be honest, it’s much easier to block calls on our cells than it is our home phone.

We have revisited this discussion a few times over the last few years and it has never gone well. But, I think I have finally found a resolution—moving. Now that our eldercare responsibilities have lessened we are no longer tied to our current home and are actively looking for another house further outside of town. (We both grew up in the country and miss country living.) My husband has reluctantly agreed that moving the landline wouldn’t be cost effective. (Score!) Now, if we can just agree on a house…

Do you have a landline? Or better yet, do you even know anyone who does?