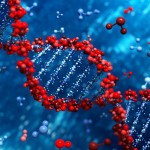 A while back (Southern speak for any period of time more than two weeks ago) I wrote a post about having my DNA tested. In that post I mentioned wanting to get my husband’s DNA tested. Well, we did.

All family’s have “legends” – tales about things that may or may not have happened in the past. As is true of most stories, these legends may or may not be based on facts. One of the stories in my husband’s family was that his father was of Native American descent. Some of his dad’s physical characteristics, such as his dark skin and dark hair that only had a few strands of gray at the time of his death, made that story plausible. However, there were no facts to back it up. My husband’s paternal grandfather had abandoned the family when his father was young so there is an entire chunk of their family’s history that is missing.

Following in my husband’s footsteps, the year after he gave me my DNA test kit as a Christmas gift, I gave him one. So, he provided his saliva sample, we shipped it off and waited for the results. Now, whereas my results were no big surprise, his were. His results were as follows:

Now, when you look at those results you may notice something missing. Yep, no Native American to be found. So much for that family legend. I tease my hubby and tell him that his dark skin and love of the road less traveled may be a result of some previously unknown gypsy blood flowing through his veins. (Romania is one of the many countries that make up the Europe East category.) So, while one mystery was solved, many more remain.

And, for those of you wondering about the accuracy of the tests, my brother-in-law had his DNA tested some time before my husband did. And, with nothing other than their DNA to go by (no identifying information is provided with the saliva), the DNA tests identified my brother-in-law as my husband’s sibling. I call that pretty accurate.

While I find all of this absolutely fascinating, I have been surprised by the number of people completely weirded out by these tests and the possibility of some future misuse of this data. Only time will tell if their fears are well founded. In the meantime, I’ll keep my child-like wonder at the mystery and miracle of genetics and DNA.

But, if you really want to know what weirds me out, it is devices such as Alexa, the Echo, and the Google mini. Big Brother is already watching, I don’t want him listening to everything that goes on in my house. So, while you are welcome to invite the electronic vampire to cross your threshold, I won’t be joining you.

What do you think? Is DNA testing fascinating or the stuff of nightmares?