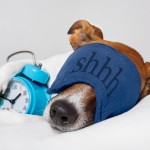 When I was younger, say in my twenties and thirties, I used to wonder what was up with all of the middle-aged people who complained about sleep problems. (Insert derisive noise here.) That sort of thing would never happen to me. I fell asleep easily and slept like the proverbial log. As a matter of fact, there was once a low-level earthquake in my hometown; I slept through it. I was quite disappointed. If life has taught me anything it is that I should never say never. Those middle-aged people who can’t sleep? I am one.

My problem seems to have begun in my mid-to-late thirties. My husband was diagnosed with mild sleep apnea and began using a CPAP machine at night. It was like sleeping with Darth Vader. The constant noise, even though relatively soft, kept me awake. After trying various creative methods of sleeping with my pillowcase crammed in one ear and the sheet in the other, I eventually moved onto foam earplugs, which helped. The only problem was that the earplugs would frequently come out during the night meaning that the noise would once again awaken me. Eventually I discovered silicone ear plugs which work much better. The silicone molds to my ear making it less likely to shift or fall out during the night.

At some point during all of this, I also developed an extreme sensitivity to light when I’m trying to sleep. Any sort of light will keep me awake – even the light from my bedside clock. With experimentation born of desperation, I learned that clocks with blue or green numbers produce enough light to disturb my sleep, even when on their lowest setting – and even when on my husband’s side of the bed. I eventually discovered that clocks with red numbers cause me no problems, so that is what I have been using for years. (Tip: If you can’t sleep, never ever look at the clock. It just makes it worse. Trust me.) Now if only it were as easy to find a way to block out street lights, etc. Rather than invest in room-darkening shades, I discovered that a simple sleep mask generally works well and is a lot cheaper. It took me a few attempts to find the best mask for me. (Who knew there were so many types?) But, now that I have, I keep a couple on hand – one for home and one in my travel kit.

In time, my husband replaced his CPAP with a simple mouthpiece. While he no longer sounds like Darth Vader, he does snore. And, he has developed Restless Leg Syndrome. Medication helps with the leg-twitching provided he doesn’t take it too close to bedtime. So, between his snoring and twitching there are still nights when, even with my ear plugs and sleep mask, I can’t go to sleep. Rather than stay in bed and contemplate suffocating my hubby with my pillow, I decided several years ago that it’s okay to move to another room so I can sleep. Spending the night sleeping away from my hubby doesn’t make me a bad wife – homicide would.

Now that I have several more years of life under my belt I have also realized that middle-aged people are the ones invariably trying to hold down full-time jobs while simultaneously caring for their own kids and taking on more and more of the care of their aging parents. The stress alone is more than enough to keep anyone awake.

Are you a member of the Sleepless in Middle Age club? If so, maybe we should get matching tees! What helps you fall asleep on those nights when you toss and turn?