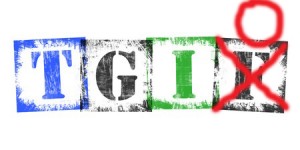 TGIO – Thank Goodness It’s Over! What “it” am I referring to? Take your pick, Thanksgiving, November, NaNoWriMo. They are all officially in the rearview mirror. If you saw my last post, you know that this year’s NaNoWriMo was a real struggle for me and I seriously considered quitting. As a matter of fact, somewhere around November 21st, I had had it. I was going to quit. Yet that same weekend, I put on my big girl panties and started writing – and the words started flowing! I managed to pound out over 6,000 words over the weekend leaving roughly 13,000 to “win.” I couldn’t quit when I was that close so I just kept on keeping on. I crossed the finish line with a win just before 11pm on Saturday, November 29th – a whole day early.

However, the only way that I managed to cross the finish line at all was to become a NaNoWriMo Rebel. I know, I know – the idea of me being a rebel won’t come as a surprise to anyone that knows me, LOL. But what exactly is a NaNo Rebel? Well, the goal of NaNo is to write a 50k novel – the rebels are those of us that choose to write something else – fan fiction, a screenplay, an epic poem, whatever.

I didn’t start out the month as a rebel, but I quickly became one. My plan was to use the month to work on a rough draft of Dances with Werewolves, the second novel in my paranormal romance series. And I did work on it, but for some reason the words just weren’t coming as easily as I like for them to, so I decided to work on something else. My 50k words are roughly 25k novel, 12k fan fiction, and 13k short story – and that’s okay. They all count because they are all original, never-before-written words.

Even though I complained, whined, and came perilously close to quitting, I find myself in an unusual position. I finished the first draft of a novel in October. Now, thanks to NaNoWriMo, I have a completed short story and a good start on a second novel. If all goes well - and life doesn’t throw me too many curves – I might actually be able to publish all three in 2015! An acknowledged slow writer, I never thought I would find myself in this position – and I wouldn’t be here if I hadn’t forced myself to stick with something even when I really didn’t want to.

Oh, there is one more good thing that came out of November. Ida Jansson of Amygdala Design, the awesome graphic designer that designed my website, had a sale on pre-designed book covers during NaNoWriMo. I love Ida’s covers and had had my eye on a specific one for a while, but had talked myself out of buying it. However, when I discovered the sale and that “my” cover was still there, I jumped on it. So, my story, Kiss of the Phoenix, now has a cover even though it’s not a fully fleshed out idea. It’s a beautiful cover – I can’t wait to share it with you!

I wonder if there are support groups for book cover junkies like me?