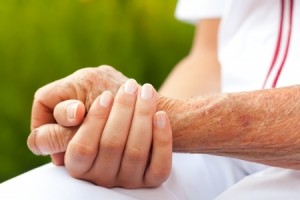 I’ve been thinking about this post for a while, but the words haven’t come together in my head. So, it’s time to put pixels to electronic paper and see what happens.

My husband and I have been part-time caregivers for several years. Caring for three elderly people while working full-time and trying to maintain a semi-normal life has become increasingly harder. In fact, the ultimate purpose of this post is to discuss some of the aspects of caregiving that tend to get swept under the carpet.

• Caregiving is hard. I know you are probably thinking “Well, duh.” But it really is much harder than I ever thought it would be. To be honest, if I had known what we were in for, when we decided to stay in the local area to take care of our parents as they aged, I would have run far, far away. (See the next point.)

• You will have regrets. I will admit that I don’t do a lot of reading about caregiving, mainly because I’m too darn busy. However, many of the posts that I have read have included well-meaning comments to the effect of “This is such a special time. You’ll never regret it.” I’m here to tell you that, if you are human, you will indeed have regrets. Trust me, you have regret when yet another much-needed attempt to get away goes down the toilet. Not only is there the sadness at not taking the trip that was going to help you retain the slipping grip on your sanity but, it’s also impossible to ignore the cha-ching of yet another non-refundable deposit going the way of the dinosaur.

• You need to have the hard discussions. This is especially important if your parents, like mine, failed to make any plans for their twilight years. I did not do this and it is now coming back to bite me in the butt. I am the queen of conflict avoidance, so I side-stepped, ducked, and twirled to avoid having the uncomfortable discussions with my parents about their finances, burial wishes, wills, etc. My husband kept encouraging me to have these talks to no avail. He is now entitled to a much deserved, heart-felt, all caps I TOLD YOU SO. Even if you don’t like conflict, believe me when I say that your future life will be much easier if you put on your big girl (or boy) panties and have The Talks.

• You need to ask for help. I don’t know why this is so hard for most of us, but it is. I don’t know when we bought in to the lie that we have to be able to do everything ourselves. We can’t. Humans are designed to need each other. That said, it’s hard to ask for help. It’s even harder when you finally summon the courage (or desperation) only to have every one look the other way. If asking doesn’t work, you may have to demand. I don’t necessarily recommend backing people against the wall and pressing your arm to their throat while insisting that they give you some time off before you snap, but there will be times when the thought is very, very tempting.

• It’s okay to cry. I’ve never been one to cry much. Most of my tears have been shed when I’m angry. (It’s just how I react. When I get really angry, I cry.) However, since my father’s fall just after Thanksgiving, I have found myself crying frequently and easily. As so often happens after an elderly person falls, my father’s health has begun to fail drastically. I went through a couple of weeks of crying so often that I was beginning to wonder what was wrong with me. I finally expressed my concerns to my husband, who gently pointed out the obvious. He said “Nothing is wrong with you. You’re just grieving for your father.” His words were spot on. That is exactly what I am doing. Which brings me to the next point.

• Grieving can begin while your loved ones are still alive. The grieving starts when you watch your loved one struggle to perform a task which once came simply, such as walking or getting out of a chair unaided. It continues as more and more of the person they once were slowly slips away. It continues when you watch them sleep, wondering if this is the time that they won’t wake up. This is when the tears come in handy. Let them flow. Tears are the release valve on the pressure cooker of life. Trying to hold everything in will achieve nothing except maybe migraines and ulcers. Oh, and don’t forget – the grieving process involves more than just sadness. This was brought home to me a few days ago when I woke up absolutely furious about the injustice of it all. It really caught me off guard until I realized that it is just another phase of my grief.

• Cut yourself some slack. You may not deal with the ins and outs of caregiving the way you think you will. When you fall down, pick yourself up, brush yourself off and try again. When you get frustrated and lose your temper, forgive yourself. You’re only human – and so are those that you are caring for. After being a caregiver for so long, I foolishly made the assumption that when we moved into the end-of-life phase, I would continue to deal with everything in a more or less stoic fashion. (Yes, there have been a few meltdowns along the way where my husband has had to listen to me threaten to run away from home. Yes, sometimes I am fifty-three going on five.) I could not have been more wrong. Now that we have entered the end-of-life phase with my father, I must say that I am not dealing with this phase well at all – the meltdowns and tears come much more often.

• Quantity of life vs Quality of Life. This is one of the biggest decisions that you will be a part of as a caregiver. It is also one of the discussions that should take place early on if possible. My father is now in a nursing home for rehab. My heart really wants to bring him home and make him comfortable for whatever time is left to him, yet my head knows that this isn’t possible. He now requires far more care than my husband and I can provide, even with the invaluable assistance of extended family.

• You are not alone. It’s hard to believe when you are in the trenches just trying to make it through another day without running away, but you really aren’t. While there are resources and support groups for caregivers, once again, I haven’t really had time to pursue those. For me, believe it or not, Twitter has been a lifesaver. Several of my Twitter friends are also caregivers and they have been awesome about listening and talking me off the ledge. I wouldn’t have made it through this process without them. And, there is me! If you need someone to talk to, reach out. I’ll be glad to lend you a shoulder and a box of tissues when you need a good cry or just listen when you need to talk. No one understands as well as someone who has been where you are.

Are you a caregiver? What things do you wish you had known when you began your journey?